We catch up with leading homeware and jewellery designers Dinosaur Designs to explore the process behind creating the INDE.Awards trophies From the time we’re children, we seem drawn to trophies and awards, those physically manifestations of our achievements. In primary school they are first place ribbons and participatory plaques, battered sheets of paper that congratulate us on pen licenses and perfect attendance. As we grow older, trophies get bigger and shinier, gold-dipped figures and immense cups that our heroes hoist above their heads.

Regardless of age or achievement, the allure of trophies is obvious: they are emblems of hard work and dedication, of countless hours spent practicing, persevering and persisting. They become, in other words, a signifier of success, something to display on mantlepieces and glass cabinets. However, there are some trophies that stand above the rest, those which display a uniqueness in design that connect to the honour of the award itself. 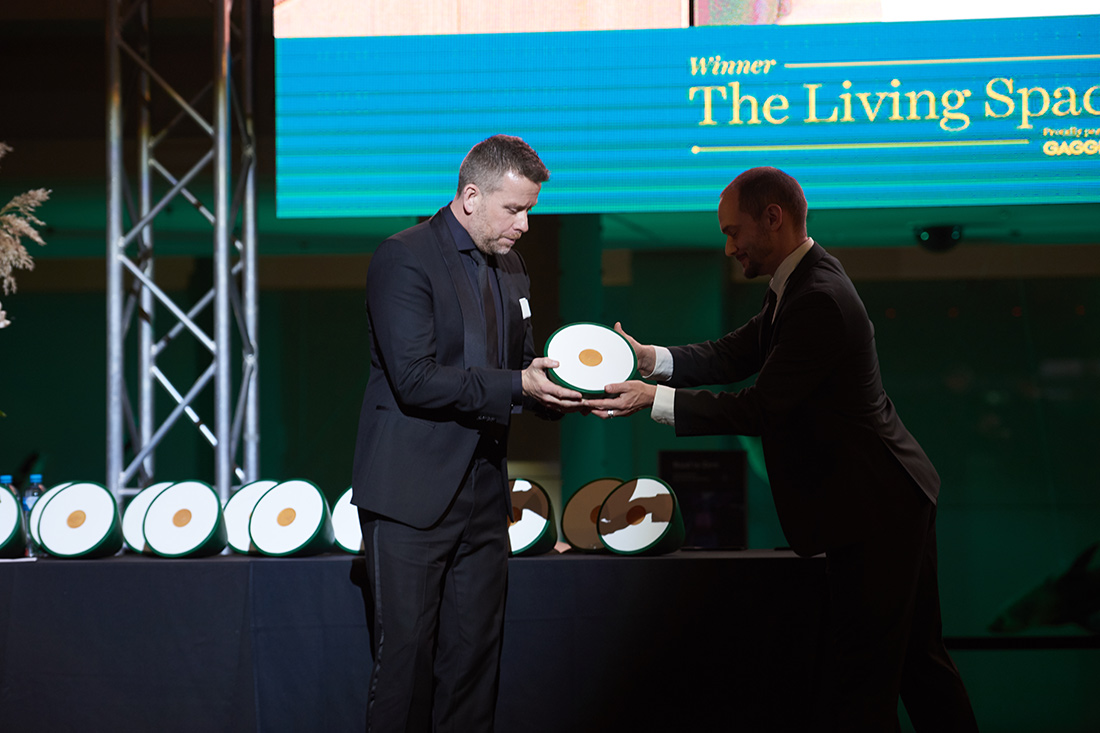 When we first launched the INDE.Awards, we knew we wanted to create trophies that spoke to an architectural mindset. We were looking for something bold and unique, a beautiful design object that would look at home on the desks of the region’s most renowned architectural names.

With this brief in hand, we approached iconic homewares and jewellery brand Dinosaur Designs. Founded over 30 years ago at Sydney’s Paddington Markets, the brand has achieved cult status for their organic and adventurous artefacts. True to form, the team produced a trophy that is both distinctive and beautiful, a smooth, curved piece of art that subtly draws its inspiration from 20th century architecture.

On creating the trophy, Dinosaur Designs joint founder and designer Stephen Ormandy said, “We approached the design for the INDE.Awards trophy the same way we would normally work. At the start of the process, we first look at what we have done in the past and how we can make that relevant. At Dinosaur Designs, we tend to look at what is available, what is interesting in order to do something that speaks to the history of our own body of work.” 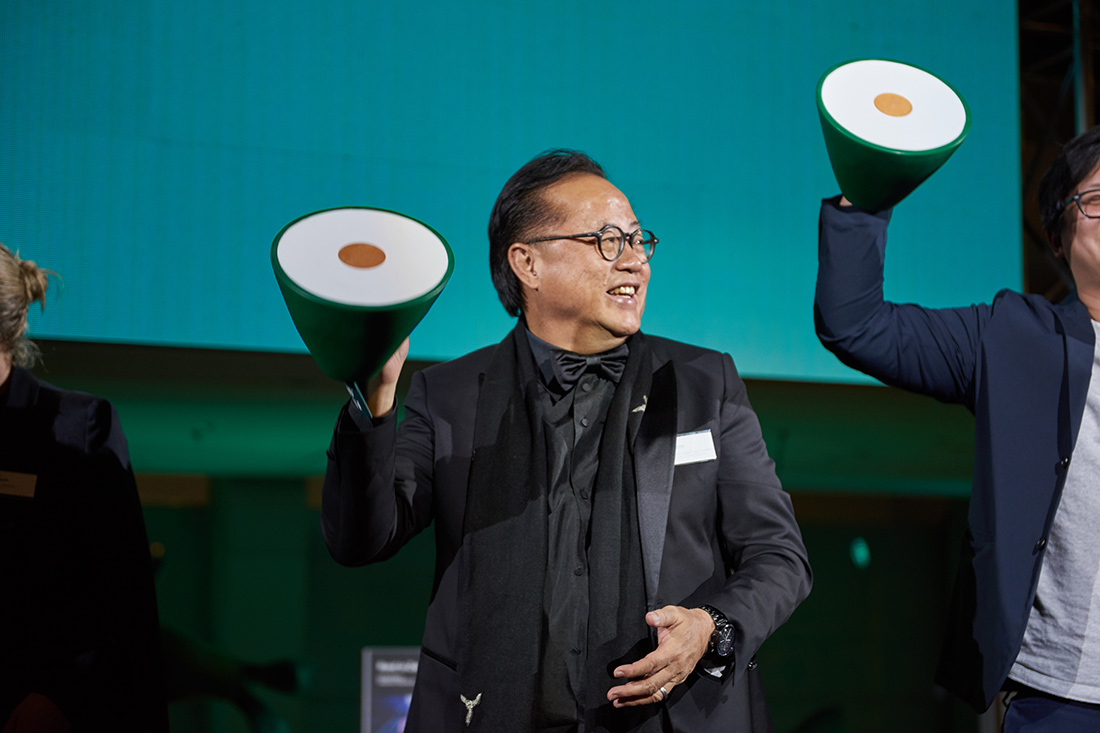 The trophy itself takes a typical vase and flips it to its side, creating a familiar yet idiosyncratic object which can switch from trophy to vase as the owner desires. This transition from the spectacular to the everyday mimics the kind of architecture it awards: fantastic creations which become extensions of the ordinary world.

“In the trophy world form has been thoroughly explored, I think that this trophy definitely needed to be unique and have certain nuances,” says Ormandy, “we achieved this through the incorporation of the INDE.Awards colours and found an existing form that was not only applicable but also reflective of who we are as designers within the industry.”

For 2020 and the celebration of the decade, Dinosaur Designs have provided the trophy with an update: swapping out the classic INDE green for a deep black outer shell. Indicative of a program that continues to evolve and mature, this year’s trophy gives winners a classic design piece that celebrates the excellence of an industry and a region which – like the awards itself – is all grown up.

Join us and the region’s top winners at the free INDE.Awards 2020 Digital Gala this August 13, register here.