Since founding her practice in 2011 Joyce Wang has made an international name for herself. She’s a jet-setting mother of three, but she is not interested in world design domination. Rather, her focus is on upending the status quo.

In the seven years I’ve known Joyce Wang, I have watched her studio and her family grow. She has become one of hospitality design’s brightest stars, she has opened a London studio in addition to her Hong Kong one, she is a juror for this year’s INDE.Awards, she has created two furniture collections, and she has three children. 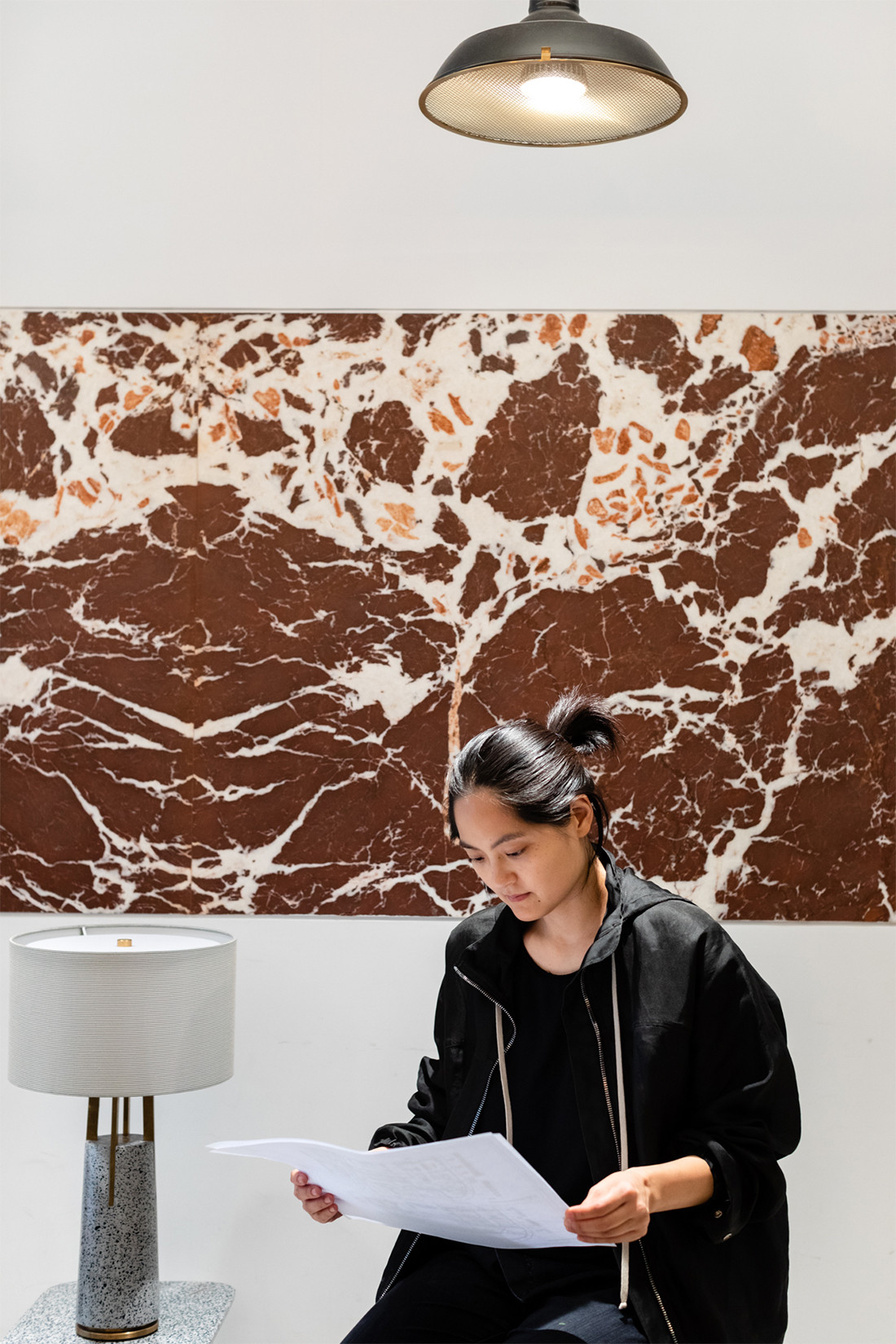 Just three months after the arrival of her youngest, Wang seems full of energy and more passionate about design than ever. “It absolutely gets tiring, but I love what I do and I wouldn’t have it any other way,” she says.

She attributes her ability to balance family and work – and the travel it necessitates – to her team, which has “become very good at picking up cues from me. I’ll give them direction and then when we review things, it’s a lot more efficient. 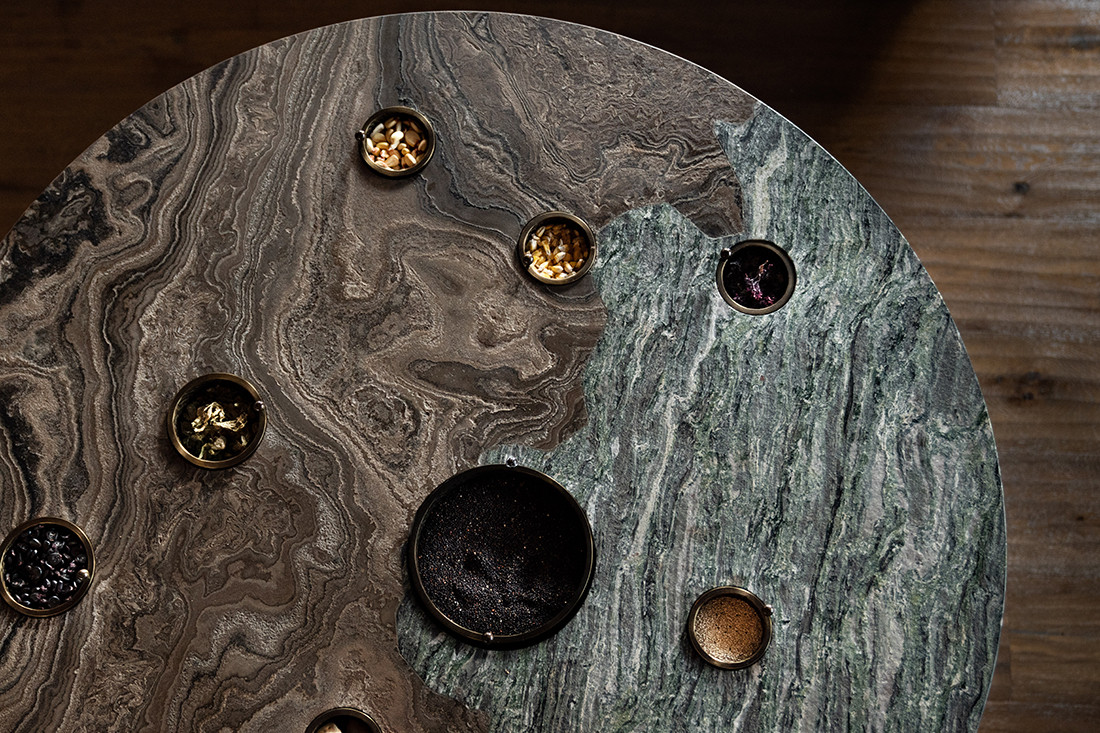 “In the past, I used to come into the studio all day and be [physically present], but I wouldn’t always be here [in the moment],” she says. “Whereas now, when I’m in the studio, I come in for a set amount of time, and I make sure I’m addressing the needs of the team. It’s about ‘Where can I add the most value?’ ” Now, Wang has a team of 11 in Hong Kong and a team of 10 in London, and the studio as a whole seems to have hit its stride. 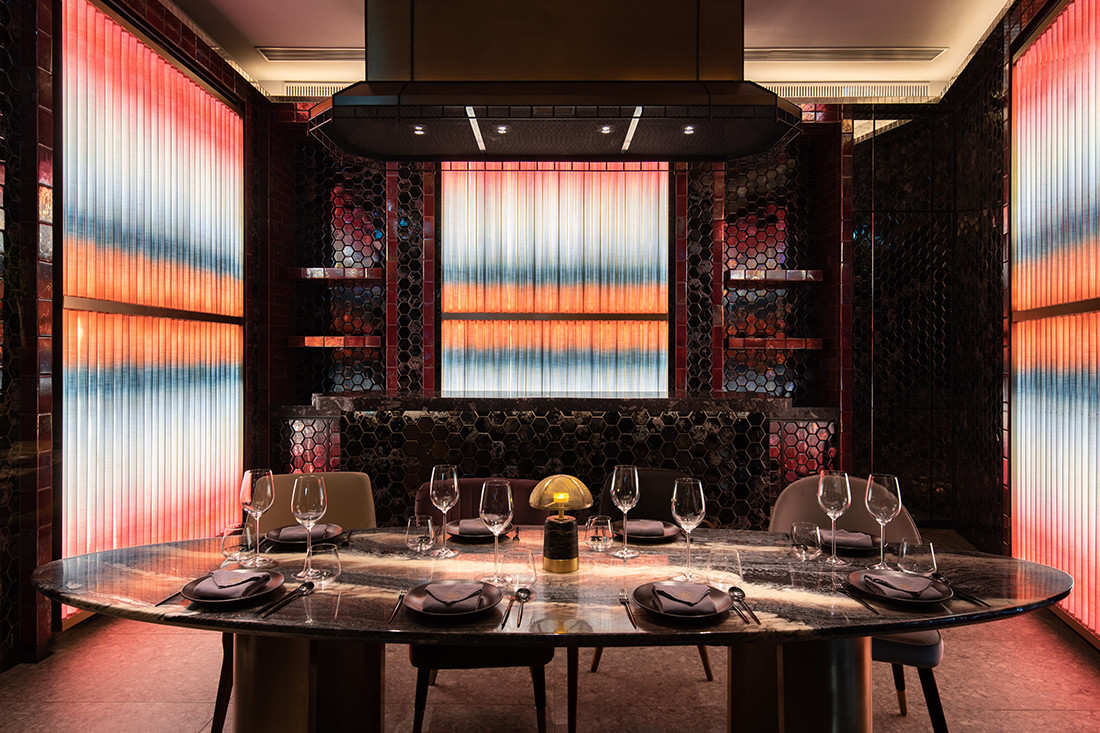 Recent projects include ICHU Peru, a vibrant Peruvian restaurant that opened in Hong Kong’s hip H Queens last September; and Mott 32, which opened at The Venetian Resort, Las Vegas, at the end of December 2018. For Wang, food is a special passion. “Honestly, food is more important than design,” she says. “I love chefs – like Virgilio Martinez Véliz [the chef behind ICHU Peru] – and people who are into food. And I love it if there’s a food component to a hotel. It’s such a basic need, but you can layer all these narratives behind it. It’s very cultural and there’s so much inspiration you can gain from it.” 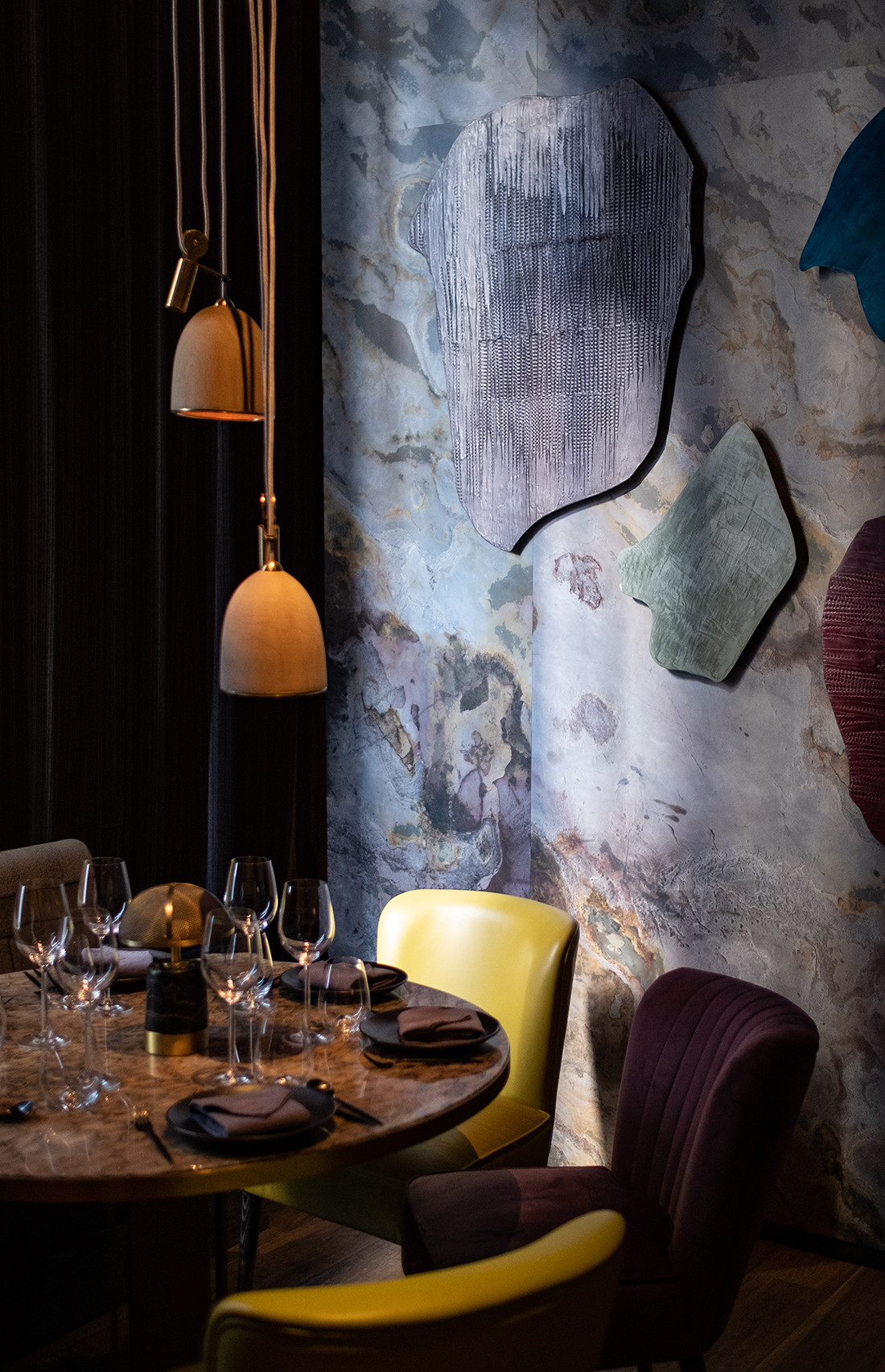 Moving beyond hospitality, she has also designed two product collections. The second, the Flint Collection, is a range of luxe and tactile furniture and accessories made of terrazzo. “We’d been working so much with terrazzo, mainly on floors and walls; we were thinking we really wanted to do furniture and accessories with it,” says Wang. “We started doing prototypes in Hong Kong and realised we couldn’t get the quality we were looking for. That’s when we looked for Italian factories to work with.” 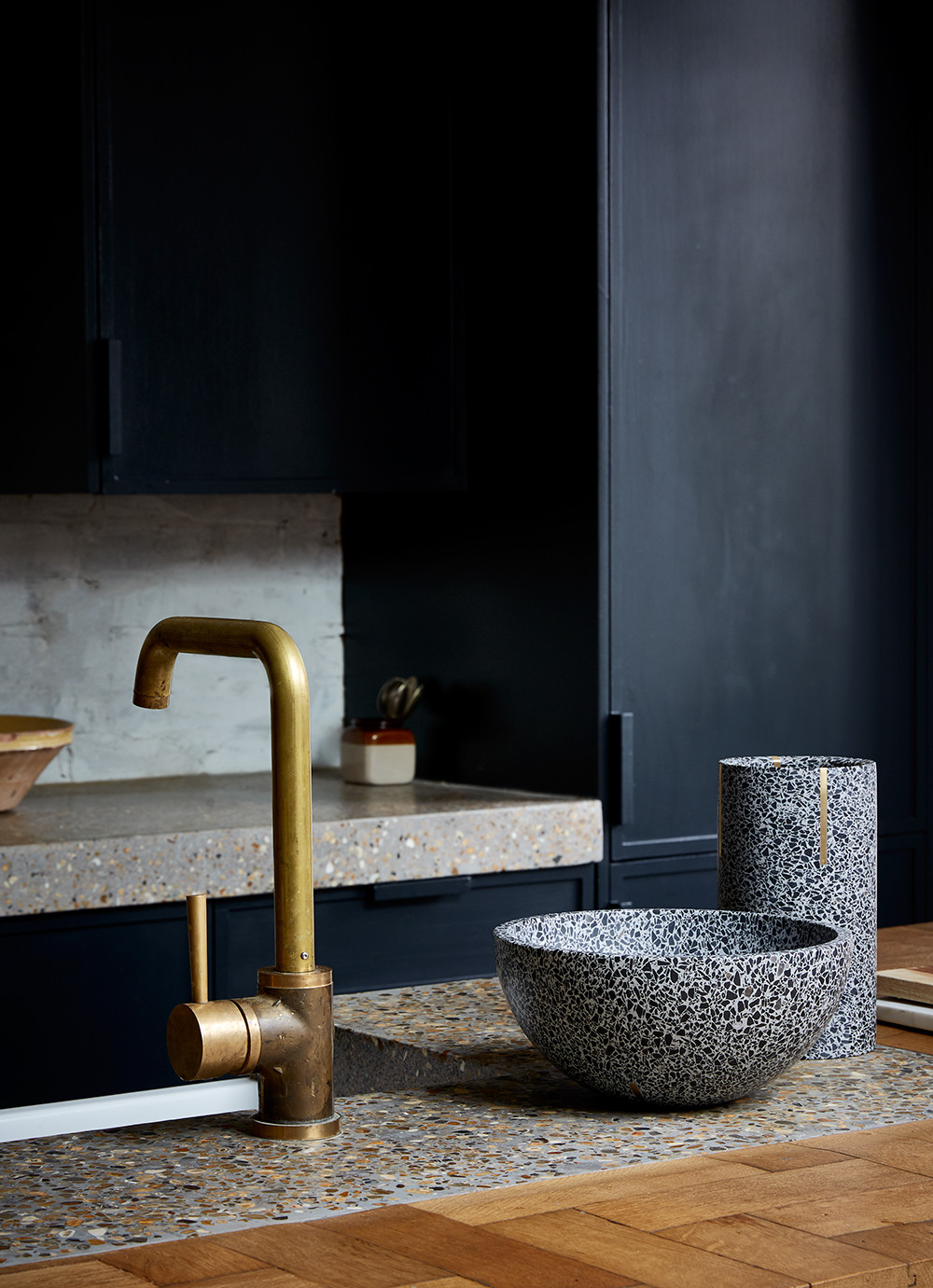 Despite this being Wang’s second furniture collection – the first being the Rare Collection of marble tables – she has no plans to launch a lifestyle brand anytime soon. “In many ways we’re still exploring different styles and materials. Doing collaborations with brands and creating new collections… that’s all on the horizon. I enjoy the different challenges as they come,” she says. The challenges that most appeal to Wang are those that involve rethinking the status quo. “I have an affinity for people who want to push the boundaries, who think, ‘Well, people have checked in this way for so many years, how about we do it differently?’ ”

When it comes to doing things differently, two of Wang’s current clients come to mind: Jackalope Hotels and Equinox Hotels. For Jackalope, Wang and her team are designing a boutique hotel in Melbourne, the sister hotel to the group’s flagship property on the Mornington Peninsula. “The owner is asking, ‘What is a hotel about?’ ” says Wang. 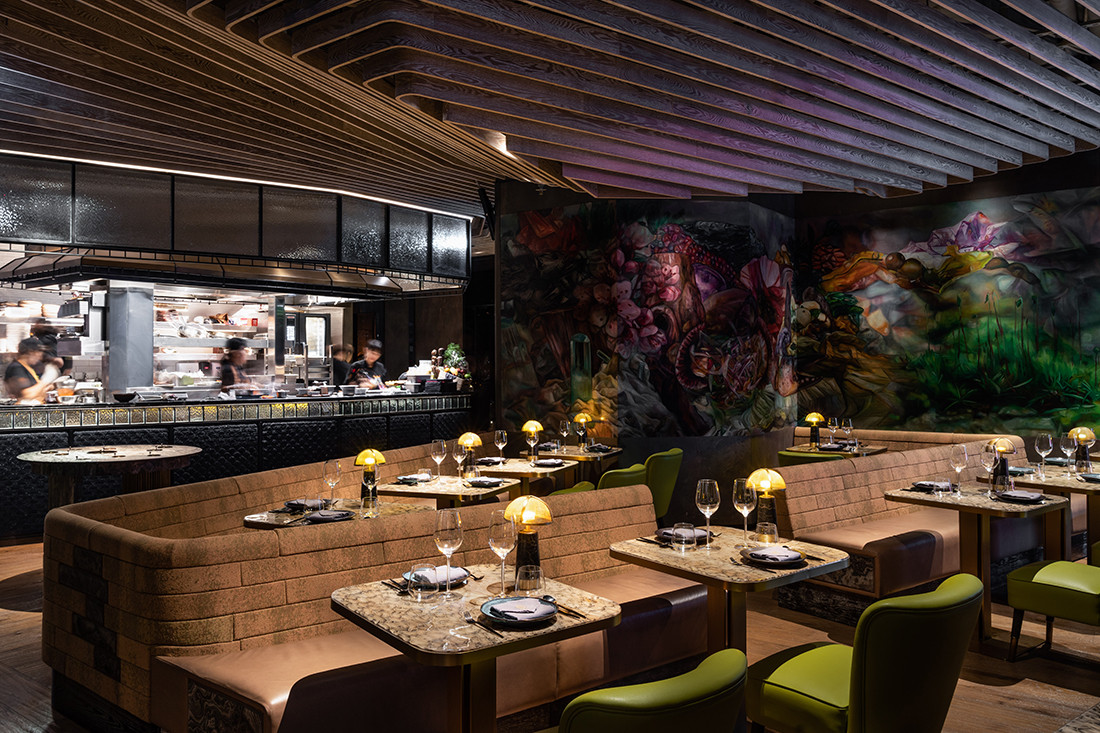 For Equinox, the studio is working on dedicated spa and fitness floors at the group’s New York hotel in Hudson Yards. “I see health being a massive part of travel in future. With Equinox, the gym is at the centre of everything. And they want the rooms to be about health and fitness too. I think a lot of brands say that, but these guys actually push it.”

Wang, too, is set on doing things differently in her own business. For one, she’s putting family firmly first. “You’ve got to be disciplined,” she says. “I’ve got to be vocal about having a family and saying, ‘I can’t miss this.’ I like to think of it as: ‘I’m going to educate you until you understand.’ ”

“I’ve got to be vocal about having a family and saying, ‘I can’t miss this.’ I like to think of it as: ‘I’m going to educate you until you understand.’ ”

For another, she’s determined to keep her team small. “People are like, ‘What’s the point of a business that can’t grow in size?’ ” she says. “As a business owner, I have to figure out other ways the team can grow. Whether it’s by doing a collection, exposing people to different collaborations that make them think about what it’s like to market a retail product, what the limitations are on the manufacturer, customs, logistics. I have to say, ‘Ok, let’s expose ourselves to things that may not make money.’ They’re invaluable lessons.”

This article originally appeared in Issue #77 of Indesign magazine – the ‘Knowledge Economy’ issue. Joyce Wang is also a 2019 INDE.Awards Judge.